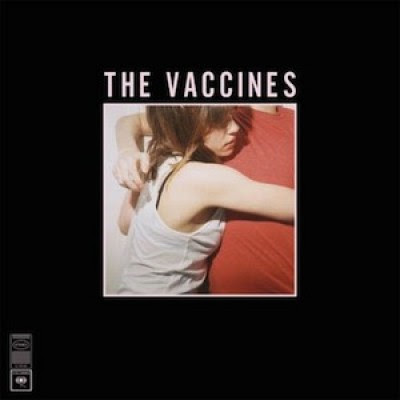 Ozzy Osbourne – Blizzard of Ozz (Legacy Edition) – Ozzy’s best selling album to date gets a much needed makeover. In 1986, bassist Bob Daisley and drummer Lee Kerslake sued Osbourne for unpaid royalties, eventually winning songwriting credits on Blizzard of Ozz. The 2002 reissue saw the replacement of the original bass and drum tracks of Daisley and Kerslake with new ones by Osbourne’s then-current drummer Mike Bordin and bassist Robert Trujillo. Osbourne’s wife and manager, Sharon, explained the re-recordings in a press conference: “Because of Daisley and Kerslake’s abusive and unjust behaviour, Ozzy wanted to remove them from these recordings. Now the original tracks are back and remastered along with a second disc containing the unreleased Ozzy Live.

The Vaccines – What Did You Expect From The Vaccines? – Brilliant debut from the London born group falls somewhere between The Ramones and The Jesus and Mary Chain. Incredibly catchy upbeat songs and a clear frontrunner for power pop album of the year. This record is a fantastic reason to get excited about music again.

Thurston Moore – Demolished Thoughts – Sonic Youth singer, songwriter, guitarist, and leader of the noisy guitar shoegazer club showcases his songwriting ability stripping it down to the bare bones. Hopefully the production credit of Beck Hansen will be enough to give this record the broader audience it truly deserves.

She Wants Revenge – Valleyheart – They’ve traded in the Joy Division doom and gloom for a bit of Depeche Mode-esque, U2-ish optimism. The band’s third full length offering is a welcome change and really showcases their diversity.

Glasvegas – Euphoric Heartbreak – One of the most incredible live bands I have ever seen return with an epic modern masterpiece of a record. This thing has more layers than Kate Middleton’s wedding dress, yet is so much more interesting. An absolutely gorgeous record that I hope does not go unnoticed. Produced by Flood (U2, The Killers, Depeche Mode).

Danger Mouse & Daniele Luppi – Rome – An album inspired by the music of spaghetti westerns, five years in the making, and recorded in true old-school analog fashion on tape (sort of a big middle finger to the digital world). Features guest vocals by Jack White and Norah Jones. They’re bringing sexy-cinematica back.

Young the Giant- Self Titled – These guys made a really cool effing record. Emotionally soaring rock anthems and are clearly the best British sounding band who’s actually from America. Oh, and Morrissey has declared Young The Giant as one his favourite new bands.

Awolnation – Megalithic Symphony – There used to be this amazing band called Under The Influence of Giants who made one of the most incredibly original records I had heard in some time; well they got screwed. Now the singer of that band is getting a second chance and good luck to him.

Black Stone Cherry – Between the Devil and the Deep Blue Sea – Need a birthday gift for your brother in law who drives an Iroc-Z and thinks his finest days were during hight school? Here you go.