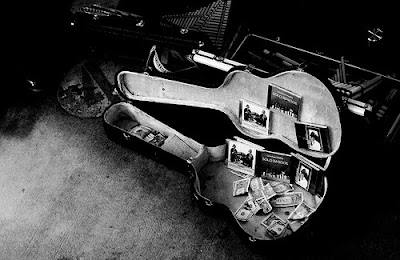 Before the internet came along many many years ago, there were of course a lot less choices and fewer options for discovering music and new artists in general. As commercial radio waves get crowded with hit artists there is ultimately less room for the newbies, and we find ourselves opting for more personalized selecting processes. Social media is the by far the music lovers greatest asset, but can become easily clouded with way too much musical clutter and background noise. I am a huge connoisseur of music and would like to think that I have an “ear” for hearing something special. Here are five songs that I feel could and should have had a larger audience but somehow fell through the cracks.

1. David Ford – “I Don ‘t Care What You Call Me” – Here is a song that when pretty much any fan of music hears they fall in love with it. The video is one of the more clever videos of the last decade and can be seen here. Below is a great live version from Sun Studios.

2, Sunny Day Real Estate- “Rain Song” – One of the most hauntingly beautiful songs ever written. Jeremy Enigk has a voice that is so unique it should be kept in the Smithsonian as a national treasure. Would be nice to see him go on tour with Band of Horses.

3. Rhett Miller – “Come Around” – Old 97s frontman steps out and makes the best music of his career. Total crossover potential and enough indie cred even for the biggest music snob, and that’s a good thing.

4. Val Emmich – “Shock” – If you could place money on the success of singer-songwriters in Vegas I would have put mine on this guy. The first time I heard this song the lyrics really threw me for a loop at it definitely has “Shock” value, for lack of a better term (ear-muffs at 0:47)

5. Brenden Benson- “Cross Eyed” – This guy is a songwriting genius. I think his earlier work was so overlooked.  Benson was writing songs in the style of Jellyfish crossed with Cheap Trick before it was the cool thing to do. Just a little ahead of his time, and his first two records were by far the best. Although I would suggest you check out “Sittin’ Pretty” and my personal favorite “Me Just Purely”, the following two are his finest moments in actual well produced video form. The first from his debut, the second from the even stronger sophomore effort.

So much greatness here…..

Thanks for reading and listening. Much more to follow. I hope that you can spread the word on these amazing songs and help get them out there for everyone to enjoy and appreciate. Don’t let a good song go unnoticed. As always, your comments are welcome below.