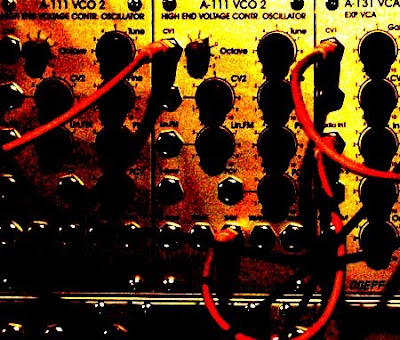 In my continuing series of Songs That Should Have Been Hits, I focus this week on the undeniably catchy genre of  Electrohouse, Dance-Punk Synth-pop, or whichever you prefer to call it. Either way here are ten songs that missed the ears of it’s target audience that ultimately had mainstream crossover potential. Check out these gems and pass along so that this greatness is not forgotten completely.


1. “Let’s Make Out” – Does It Offend You, Yeah? – If the Clash had became a dance rock band, oh wait, I guess they did with Big Audio Dynomite. Regardless here’s a perfect example of danceable sing-along angst.

2. “Solo Impala” – The Fashion– Take The Cure and replace the dismal with optimism and you have one of the catchiest songs ever written from this well underrated Danish group.

3. “Please Please Please” – Head Automatica– This is what happens when a metal band figures out they enjoyed the dance floor more than the mosh pit. Take the singer from Glassjaw and team him up with famed producer Dan “The Automater” (Handsome Boy Modeling School, Gorillaz); you have a recipe for crack in the form of music.

4. “Those Girls” – Kinky – These guys have toured with everyone from the The Flaming Lips to Modest Mouse and still this five piece from Monterrey, Nuevo Leon can’t catch a break in the states. Give this a listen once and you’re hooked.

5. “Sister Siam” – The Whip – Another live band that flawlessly plays the impossible live. These guys made an entire record that is nothing short of electro-clash genius.

6. “Sleepyhead” – Passion Pit– So this one may be a stretch with it’s shear oddity intro and verse, but the chorus will get you every time. Like MGMT sucking on a helium balloon at an upscale rooftop party.

7. “Shoot The Runner” – Kasabian – More on the rock leaning front, but I really had high hopes for these guys. After a genius debut they give us a glam masterpiece somewhere between Gary Glitter and T.Rex with a stadium chanting rhythm.

8. “My People” – The Presets – No I can see how this one may be a bit annoying to some folks, but if you turn it up loud and have a few cocktails it’s right at home.

9. “These Things” – She Wants Revenge – These guys have a knack for making the strung out sound sexy.

10. “Anyway You Choose To Give It” – The Black Ghosts – Described as being “perverse, personal pop music” and I could not have said it any better myself.

As always your comments are welcome below. Thanks for reading.