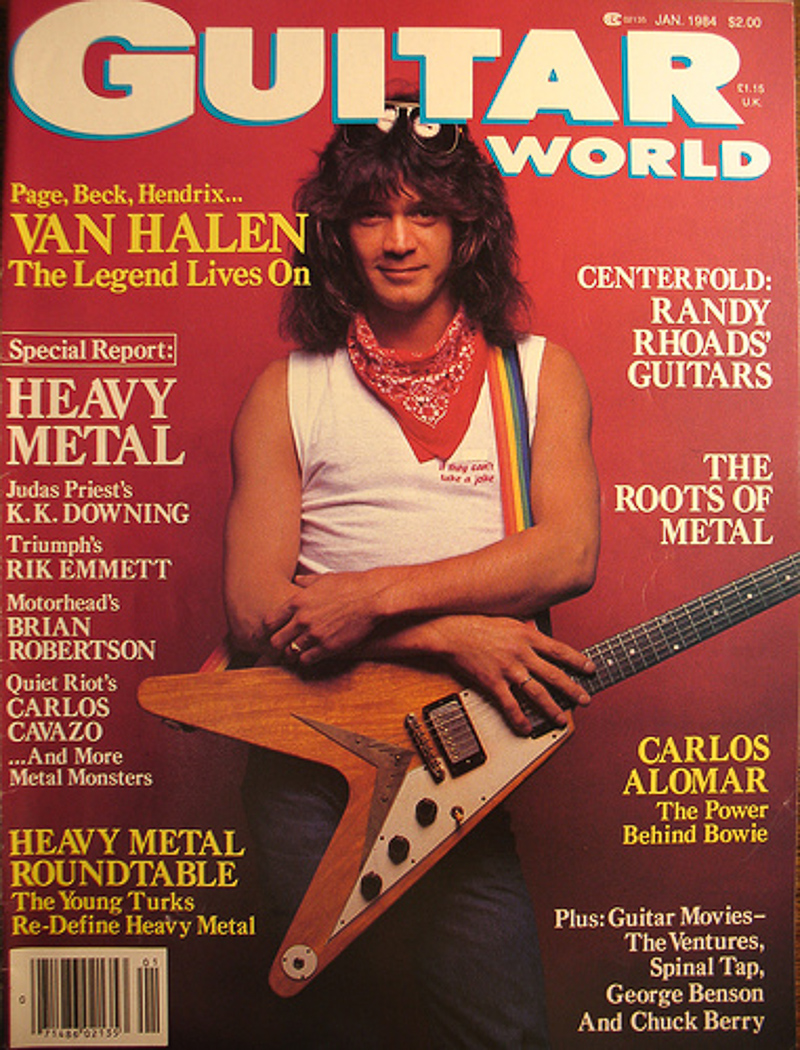 I grew up in a musical family. My father played guitar, my grandfather played, and so did my cousins. I remember family jam sessions happening in the basement of my grandparents’ house and I remember the day that a guy named Dan from the St. Charles Guitar Exchange started coming around. My grandfather owned one of the original 12 prototypes of the original Gibson Flying V guitar and Dan would stop at nothing to acquire this guitar. Dan lied to my grandfather’s face for a profit and to begin what would become a very lucrative guitar acquisition project for none other than Eddie Van Halen himself.  I was pretty young when all of this happened but my family knows the story all too well and here’s how it goes.

My grandfather had purchased the guitar new  from a music store in south St Louis. It was sitting in a window and he liked the looks of it. The guy told him it was a special breed of guitar  that Gibson was trying out  but that Gibson was not going to produce them. I believe there were only about 12 of the prototypes made and I think there are only 3 or 4 of those still in existence. It was mid 1980 when Dan first approached my grandfather about the super rare instrument.

Dan showed up on my grandfather’s doorstep, got on his knees and begged for  the guitar. He promised my grandfather a White Falcon guitar, another Gibson collectible, and said he could deliver on that promise with no problem. Dan then came back again begging on his knees when he could not deliver the Falcon. 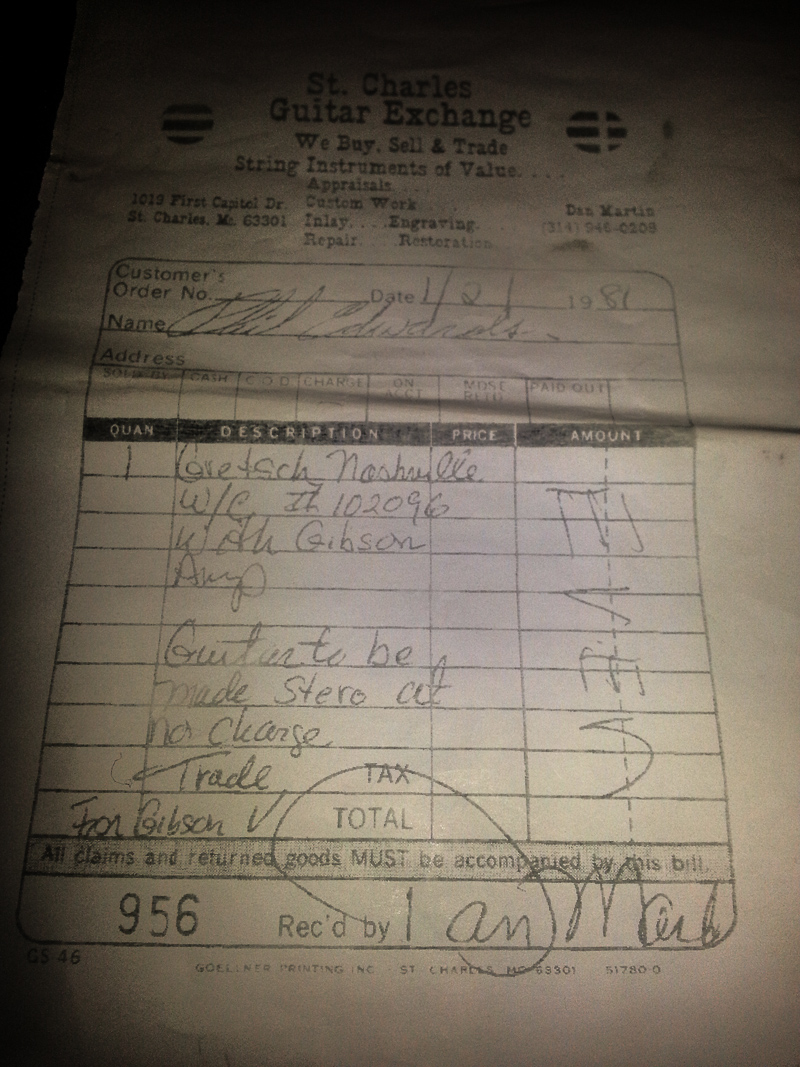 As for the V, my grandfather ended up accepting the offer for the red Gretsch and Gibson stereo amp once Dan promised he was just collecting it and it would stay under his mom’s bed at her house, and that grandpa could play it anytime he wanted to. Turns out my grandfather didn’t really care for the sound of the Gretsch and in about 6 months took it back to Dan and got the red Gibson BB King Lucille. When he returned to see Dan he discovered that Dan had flat out lied to him and sold the guitar to Eddie Van Halen for a reported ten thousand dollars. It would be the first guitar that he sold to Van Halen which would lead to many more deals to follow.

Van Halen would go on to showcase his prize on the cover of Guitar World and talk about how it’s his favorite guitar in interview after interview. The flying V would make only a few appearances in recording sessions, most notably on the Van Halen classic “Hot For Teacher.”

My grandfather regretted getting rid of the V because nothing ever played as nice as the V he said. I regret the fact that Dan essentially stole a priceless guitar from my family to make a quick buck and impress a rock star. In fact, the 1958-59 korina Flying V is one of  the most expensive guitars on the vintage market valued between $200,000 and $250,000. At the end of the day I would guess that Van Halen had no idea about the deceitful way that Dan had “acquired” the guitar and the promises that were broken. I just wanted to set the record straight and tell the truth about a guitar that I would have loved to see stay with my family. 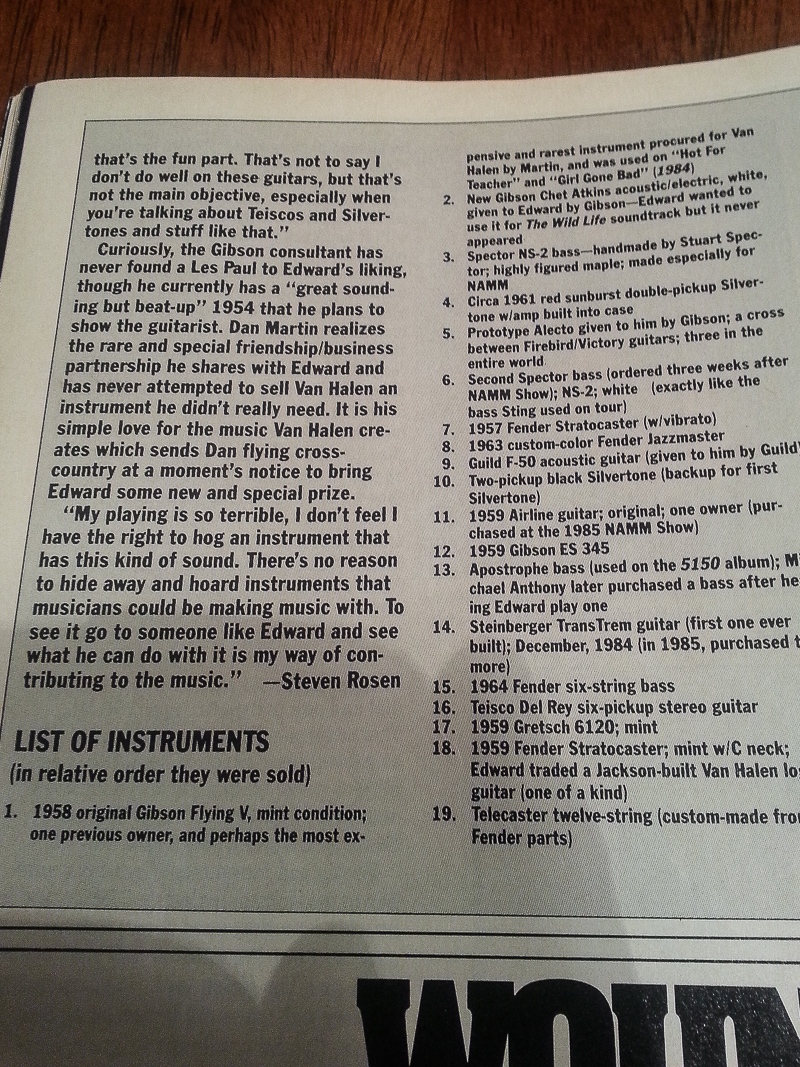 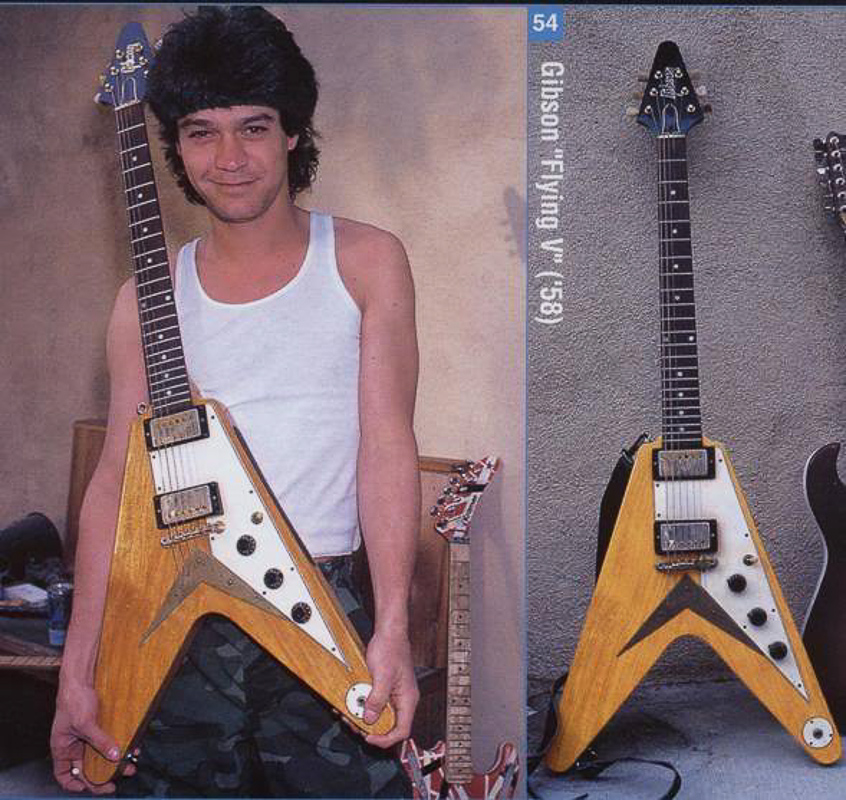 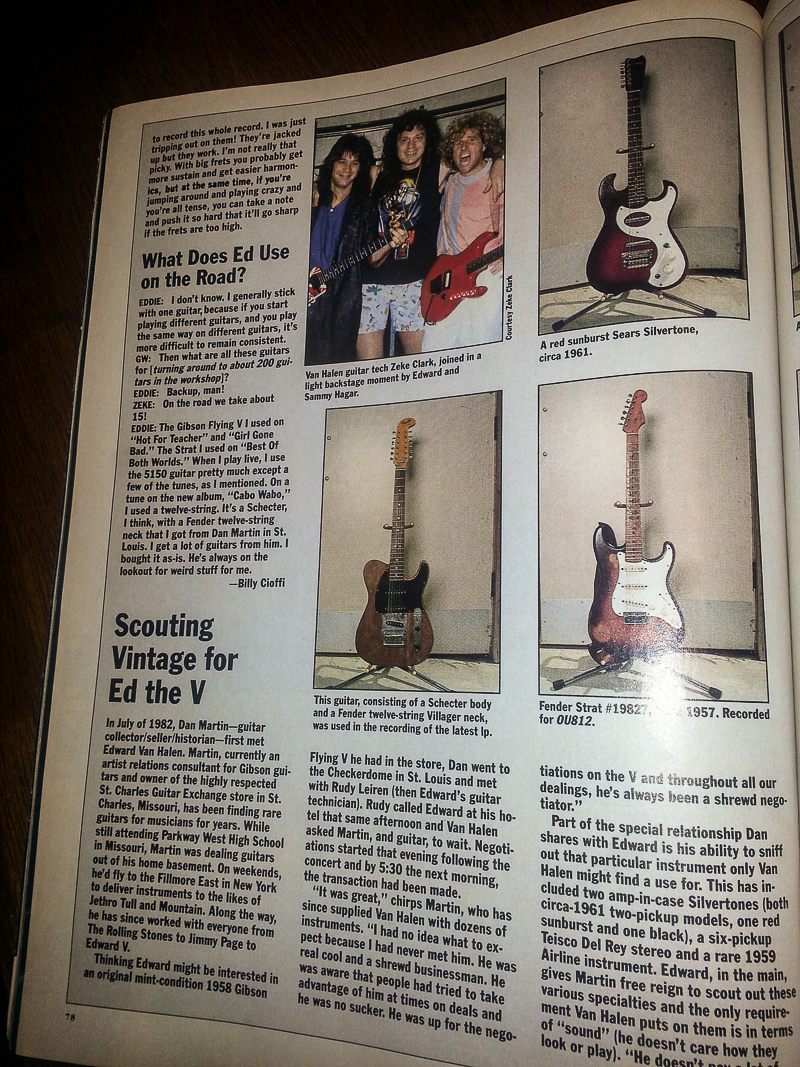 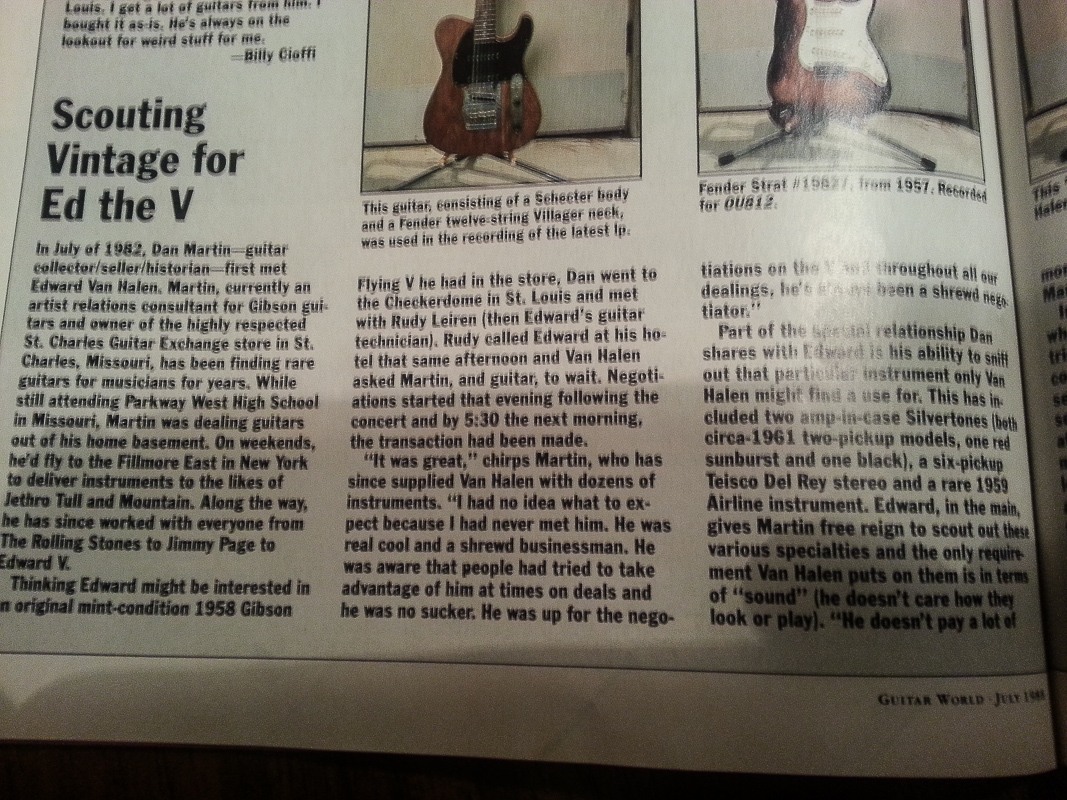