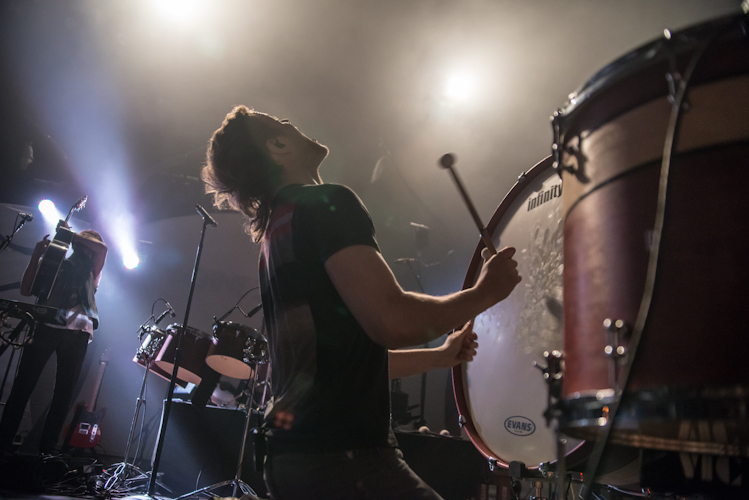 Las Vegas by way of Utah radio darlings Imagine Dragons are the band behind two of the biggest charting songs of 2013; “It’s Time” and “Radioactive”. You may not know the name but you surely have heard either song. The band played a surprisingly diversified set in front of a sold out Warfield Theater that was part Cirque Du Soleil and part well produced indie rock genius.

Vocalist Dan Reynolds is quite a dynamic frontman beating a 6-foot 300 pound Taiko drum throughout the set. The visuals and props on the stage that night are clearly setting the band up for their total arena domination which I predict will happen later this year. 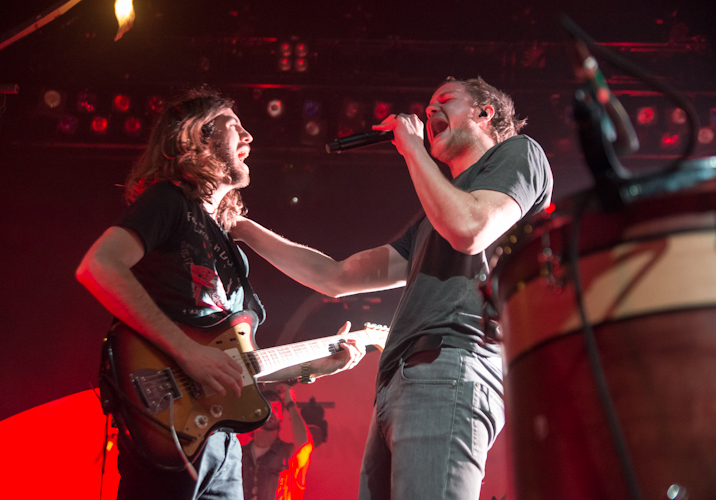 The major label marketing machines still works for some artists and Interscope’s Imagine Dragons are a prime example of what can be accomplished with the right team in place. The band’s debut album “Night Visions” was recorded over a period of three years, something that may come back to haunt them as they start to get pressured to deliver a sophomore release. 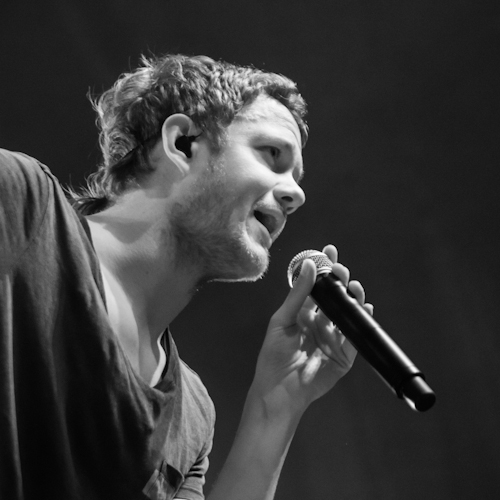 he old saying goes something like, you have your entire life to create your first record, then only months to deliver a follow up where a major label expects the same success around the first. It’s a broken system that has destroyed some of my favorite artists and forced many of the best records to be largely ignored. But that’s another story altogether.

The bottom line? I like this band and they really know how to entertain a crowd and take care of their fans at the same time. They also abandoned the classic “First three songs, no flash” rule for us photographers. Those three things aligned perfectly with some solid songwriting and a hell of a marketing team is something most bands these days will never get to experience.

Check out all of the photos from the San Francisco show here.

Were you at the show? Have you seen the band on tour? Share your thoughts and join the conversation in the comment section below.