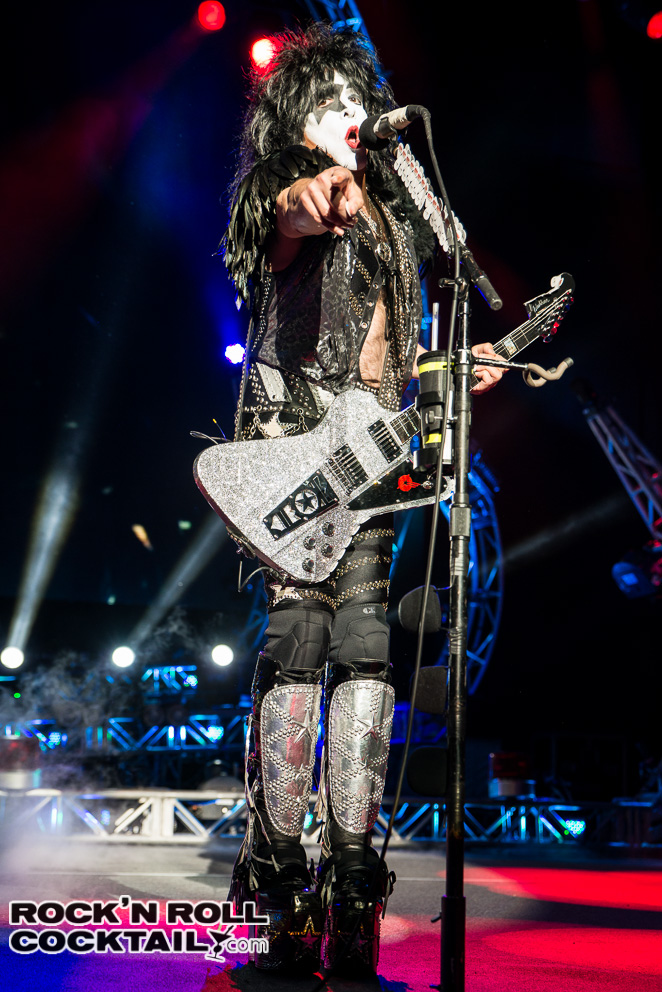 The hottest band in the world celebrates 40 years of spitting blood, fire, and rock n roll genius the only way they know how; with a show so over the top that attendance should be mandatory for music fans everywhere. Visiting more than 40 cities, the tandem tour celebrates KISS’ 40th year in music, as well as the band’s long overdue induction this year into the Rock and Roll Hall of Fame.

Gene Simmons, Paul Stanley, Tommy Thayer and Eric Singer, took to the stage at the Concord Pavilion and showed the Bay Area why they are indeed the kings of the nighttime world. Opening up the night with “Psycho Circus” the entire band descended down from an incredibly intricate giant robotic spider with enough explosions and fire behind it to dwarf any fireworks display on the planet. 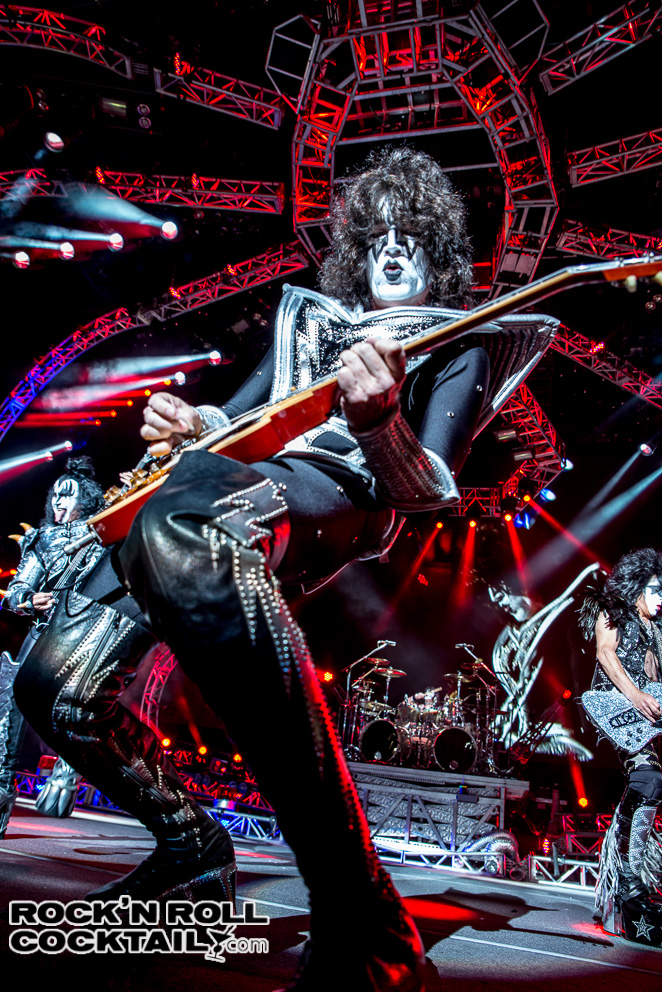 Then it was go time; “Deuce”, “Shout it out Loud” straight into “War Machine”, I don’t want to give away the entire setlist but lets just say it was EPIC. Chocked full of classics both old and new and clocking in at around 75 minutes (which could have easily gone on for another hour) the generations of fans were hanging on every note and awed by every theatrical over the top visual. This was not just a rock n roll show folks, but more of an experience. 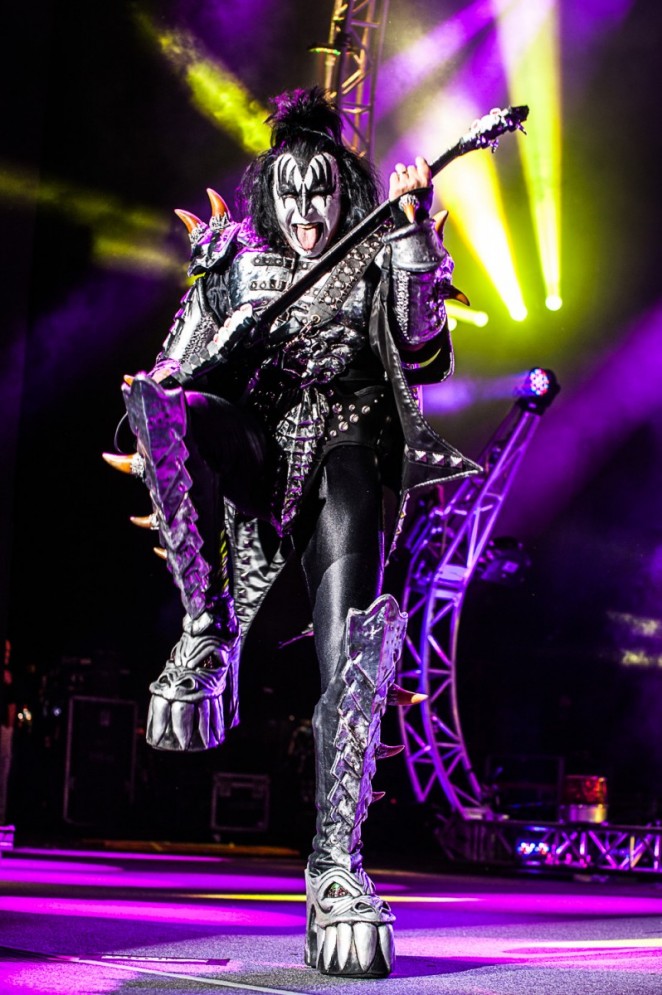 Gene Simmons playing the role of The Demon never gets old. His bass solo followed by lightning and the ringing of the church bell transitions frighteningly well into the Demon’s signature blood spitting and soaring straight up into the air. It’s a fantastic mix of old school Dynasty era Demon with a new modern twist. “I Love it Loud” would follow with the entire crowd singing along. 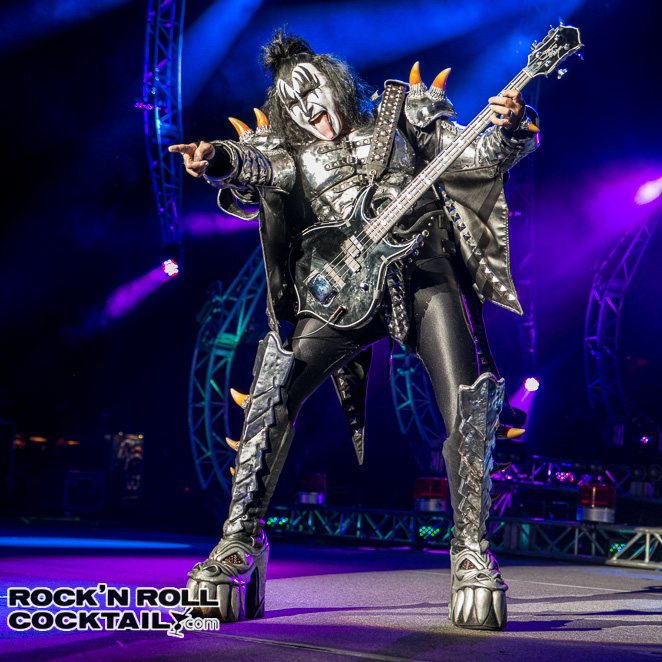 Not to be outdone, Paul Stanley glided across the crowd to a hovering platform where he took to a spinning stage to start off the classic “Black Diamond”. He had the entire amphitheater in the palm of his hand while he dazzled next to an enormous disco ball. It was quite the spectacle. 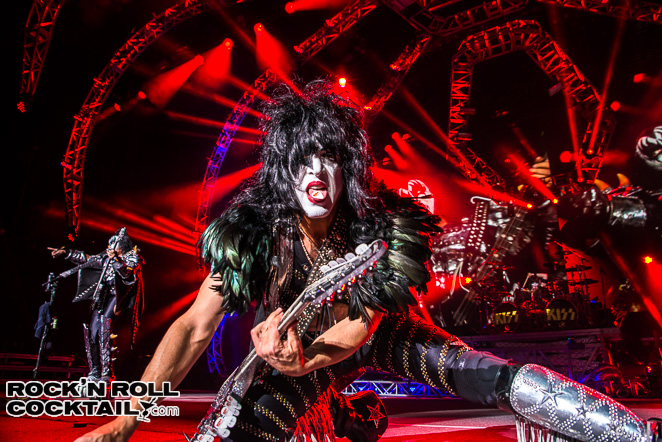 It was really great to see the first two albums represented so prominently in the setlist as these are two of my favorites. If you missed my previous post about how I found these records with actual notes on them from college radio DJ’s in the 70’s you can check it out here. The comments are priceless as I am sure they had no idea that this band would later take over the world. 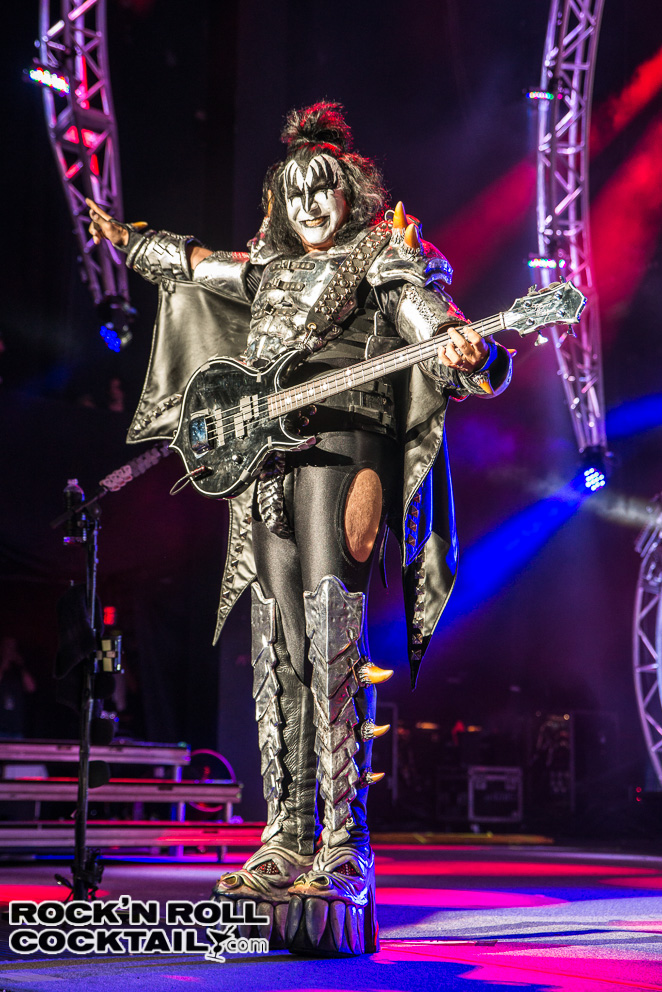 Along with the tour to celebrate the 40th anniversary of the release of KISS` debut album: KISS. The band released the 40-track compilation KISS 40. This set includes one track from every major album release (i.e., studio, Alive and compilations), as well as three live selections from the 2000-era and an unreleased demo from 1977.

In addition, Stanley released the autobiography Face the Music which is a brilliant read for the Summer. 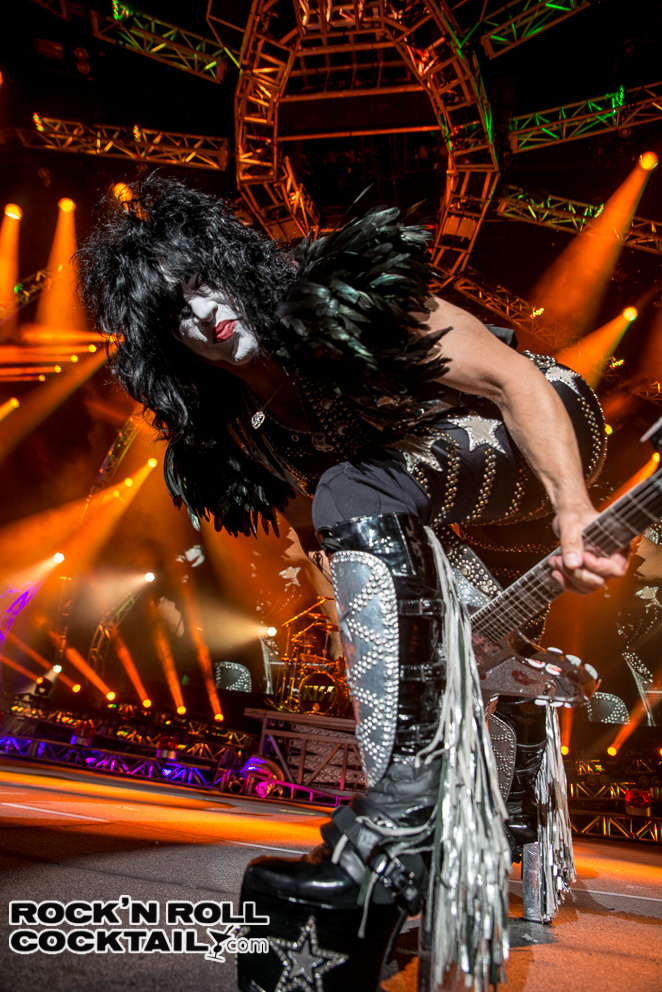 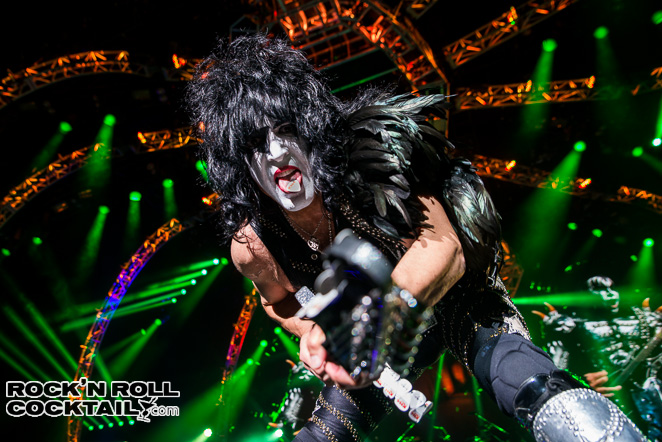 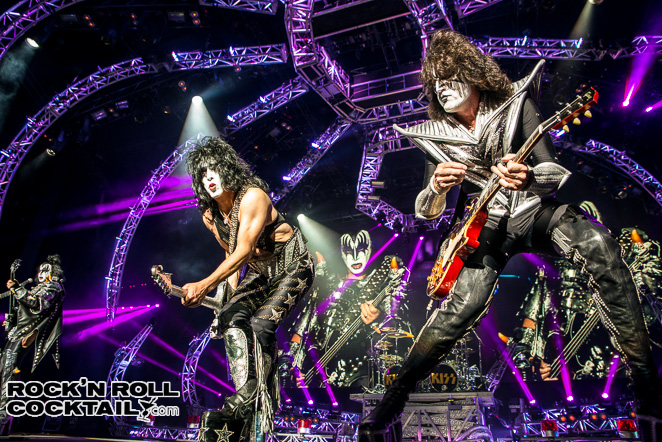 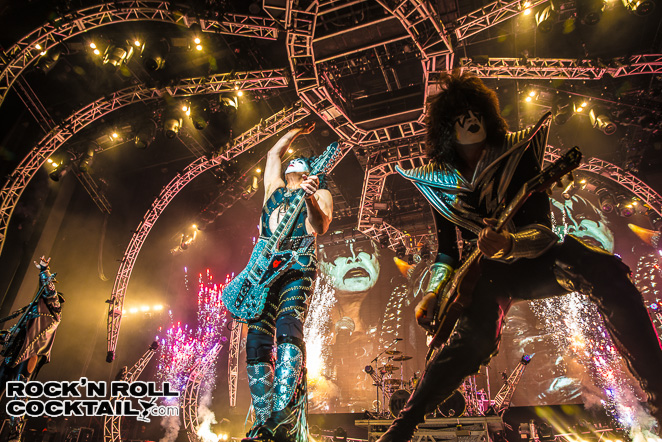 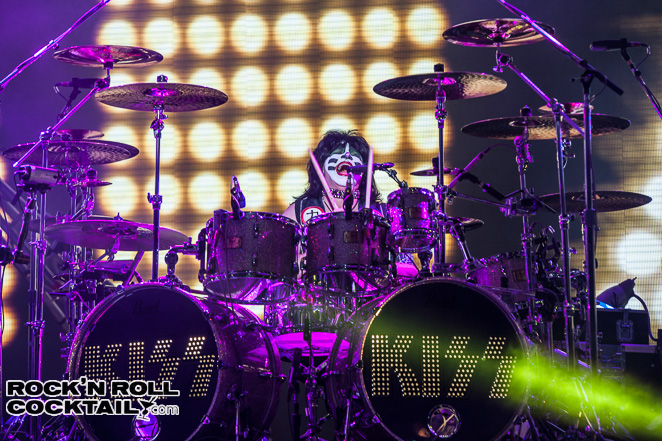 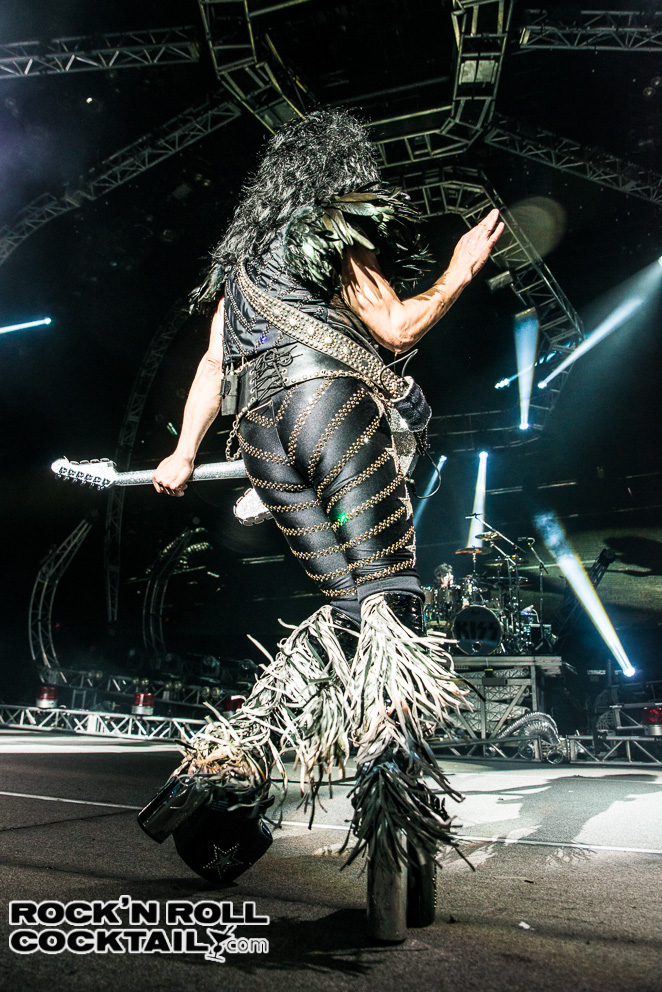 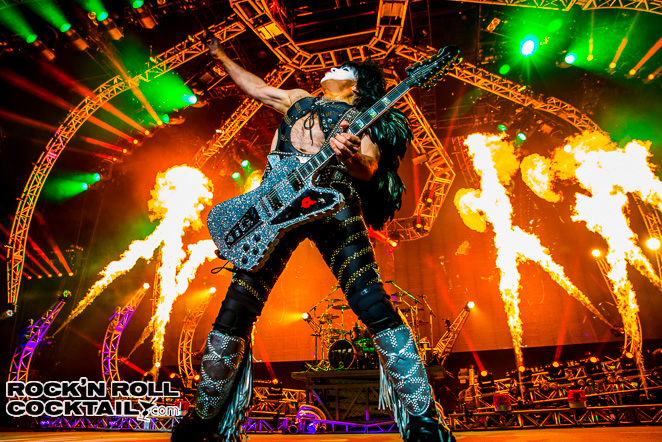 Bottom line, go see this show and celebrated one of the greatest rock n roll treasures of all time. Let’s hope they keep going for a 45th anniversary, they certainly have it in them.