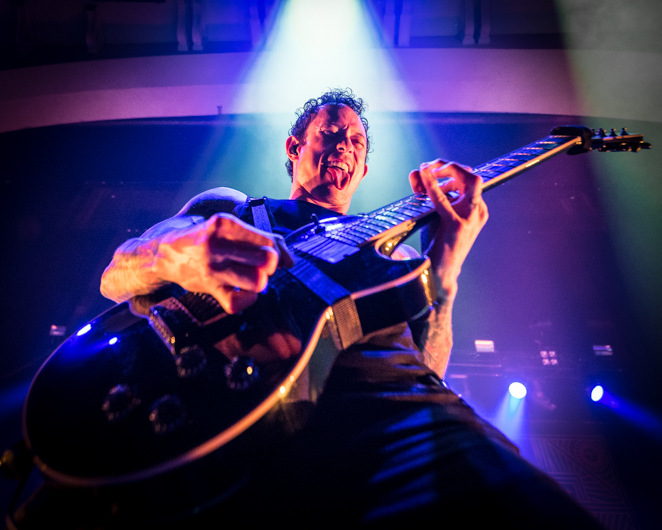 It’s been a while since I’ve seen a great metal show and the Trivium bill looked too good to pass up. How many other metal bands can maintain a twenty year plus career while keeping with the same label for more than half of that? Eight studio albums, one million records sold worldwide, and a massive international fanbase is the result of consistency, decent marketing, and a frontman who masterfully leverages the world of social media.

Touring in support of what is arguably their strongest record to date, The Sin and the Sentence, the Orlando quartet have been blazing a trail of sold-out gigs across the UK. Critics love the latest album and praise continues to pour in by the leading metal mags including Wall of Soundwhich has given the album a perfect 10/10 stating “a fantastic album …..you are in for a treat as they’ve taken everything they’ve learned over the years and just thrown it together strategically to please any (if not all) of their heavier music loving fans.” AllMusic also came in with a strong review stating that “the band has never sounded more confident, delivering a positively lethal 11-song set that strikes the perfect balance between unhinged and meticulously crafted.” 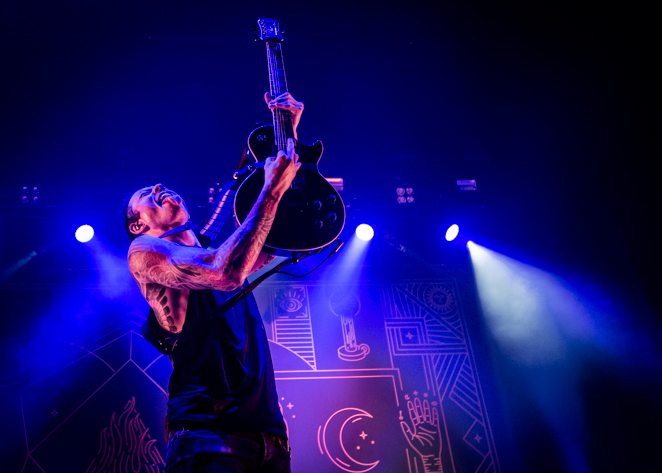 So how was the show? Trivium celebrate all of the core foundational properties of heavy metal plain and simple. Dual guitar harmonies, screaming vocals, epic choruses, and riffs the size of mountains brought to life through a mashup of styles including classic thrash, melodic metal, and a bit of hardcore.

I’m digging the trend of band’s opening up their sets with their latest single which in the case of Trivium is “The Sin and The Sentence.” Not only does this allow the band to come out all guns blazing, but it also gives the fans something new that they’ve not heard live before. Why the hell doesn’t every band do this? While the set weighed heavily on the latest record as it should, it left plenty of room for the classics including “Like Light to Flies” and “Pull Harder on the Strings of Your Martyr” which sounded better than ever.

It’s quite refreshing to see a metal band who wears their influencers on their sleeves. Frontman Matt Heafy has been quoted in the press as saying, “Without Iron Maiden, there would be no Trivium” and even claiming at one point that “Trivium is the new Metallica.” Two very different statements, one of tribute and the other of confidence, but a reflection of where the band is in their career. They even open their set with “Run To The Hills” blaring before the band takes to the stage which seems to be the perfect rally cry. Oh, and did I mention that Bruce Dickinson’s son was at the show as well? His name is Austin, and he has a killer band of his own called As Lions.