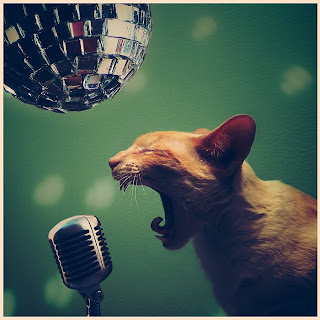 In many cases it may still be necessary to avoid the “Greatest Hits” from a particular artist and stick with their individual albums as they were “intended” to be heard. Perfect examples would be artists such as Led Zeppelin, The Beatles, The Who, Gun’s N Roses; just to name a few. With that being said, I have put together a list of essential Greatest Hits collections that are staples for any well rounded music collection.
1. Never Mind The Bullocks Here’s The Sex Pistols – Although they were only around long enough to deliver one album, it was a masterpiece. This is not an actual Greatest Hits album, but it is their legacy. The band’s sheer insaneness, ability to write a hook in angst, and ability to piss off everyone at the same time makes every song on here a true gem.
Why you need to own this: Because they are the greatest punk rock band of all time.
2. Best of – David Bowie is a genius and this album showcases the highlights of an artist struggling with an identity crisis. In the end, Bowie’s multiple personalities reward the listener over and over again, but the video in which he is dressed as a mime walking on the beach still haunts me to this day, seriously.
Why you need to own this? Because was all over the place, and for the casual fan this is pretty much all you need.
3. Best of The Doors – Now in most cases I would recommend you own every album from The Doors starting with the classics Morrison Hotel and LA Woman, but this is one hell of a collection. It does not skimp when it comes to a brilliant choice of hits plus the darker more introspective tracks that made The Doors so likeable and mysterious at the same time.
Why you need to own this:  Because Jim Morrison personifies the rock star that all of us wish we could be, minus the drug overdose of course.
4. Queen – Greatest Hits – A must have in any music lovers collection, Queen are the epitome of everything excessive. Each song is so gloriously over the top and blushing with flamboyance, it’s a wonder that no one had any inclination of Mercury’s homosexuality during the bands creative peak.
Why you need to own this:  Because every single song on here is awesome.
5. Jimi Hendrix – The Ultimate Experience –  Guitar folks need to hear the long drawn out god like solos from this prodigy, but for the rest of us we just need the songs in one concise collection. With mind altering arrangements from arguably the coolest power trio of all time, the result is a record with a coolness factor off the charts.
Why do you need to own this: Because Hendrix is the greatest guitar player of all time.
6. Prince – Hits – The “MacGyver” of songwriting, Prince can make a hit song of pretty much anything. All he needs is an idea (a girl moaning in many cases), a studio (he self produces), a multitude of instruments (played all by himself) and voila you have a massive world wide hit.  This is simply the collection of those self fulfilling indulgencies that makes for a great listen.
Why you need to own this: Can you even remember the name of a Prince album besides Purple Rain? Exactly.
7. Nirvana – The band that single handedly killed “Hair Metal” and started the “Grunge” revolution only delivered two full records, but god damn they were good and this is the best of the two.
Why do you need to own this: Because it brilliantly sums up a band that left us way too early.
8. Aerosmith – Greatest Hits – The original Greatest Hits with the red and white cover showcases the raw Rock n Roll grittiness that makes them ’s rock band. The only ballad you will find on here is the classic “Dream On”.
Why you need to own this: Because anything after Alicia Silverstone began appearing in the band’s videos is not very Rock N Roll at all.
9. The Cure – Greatest Hits – Each track has been hand picked by the uniquely somber frontman Robert Smith. This is a jewel of a collection that just oozes gloomy Goth pop while instantly upgrading and expanding your music collection into hipster status.  In addition, there’s nothing quite like having drinks and singing along with “Friday I’m In Love” on a Saturday night.
Why you need to own this: Unless you had a purple slanted Mohawk, were overly sensitive to sunlight, and depressed your entire high school existence, you probably don’t need the individual albums.
10. Journey – Greatest Hits – For many of us the first thing that pops into our heads when we hear this band is of course high school. Journey had the rockers for the dudes, the ballads for the chicks, and the mid-tempos for everyone. Just because you got rid of that Firebird and ¾ sleeve concert shirt does not mean this is not a necessary addition to your music collection.
Why you need to own this: Because everyone f’n likes Journey.